Modern music is not very keen on dynamic range. Usually, the level has to be as loud as possible and that’s why you need a certain consistency in your bass guitar as well.

And that’s why a compressor will help you in both live and studio sessions.

While compressors can look very different and have different settings, values, options or even sound, some options are common for all of them. The more you turn it down, the more compression is applied as the compressor needs less input signal to be turned on.

The higher the number is the more volume is required to hear any difference in loudness. If the first number goes closer to 1, the sound will sound more natural and less-compressed.

Attack dial tells compression how long it needs to turn on after the threshold level is engaged. This dial causes too much confusion and mistakes to musicians. While the explanation is quite simple, it’s a bit of detailed work to find what amount of attack suits the best for a specific instrument.

So, for percussive instruments like bass or drums, usually, you want to make that sound a bit more “fat” or thick. That’s why you will set the attack a bit longer to “skip” the initial “pop” that bass sound has in it and increase the loudness of the signal after it.

This dial tells compression for how long the compression should be applied after the input signal falls beneath the threshold level. For percussive elements such as kick or bass, you usually want to have this value low, while vocals and other lead instruments could ask for a longer release to thicken it up.

Hard-Knee and Soft-Knee are just a way how compression treats the input signal that needs to be compressed. Hard Knee applies instantly to all signals, no matter how much they are over the threshold. Soft Knee sets several stages of compression so that those subtle tones are not treated the same way as the louder ones. It may preserve a few natural dynamics and might come in handy in live performing situations.

Once you set everything up following our advice, you may end up with a sound that is not as loud as it was before compression. But, don’t worry, that’s why every compressor has a gain makeup knob. It simply adds up the volume to the output signal so it matches the settings it had before compression, but, with different dynamics.

Some compressors have an “auto” option which should bring the overall level back to where it was before applying compression.

How to Compress Bass For Beginners

Unfortunately, there is no single setting that works for due to several reasons:

But here are some rough guidelines on how to use a compressor on your bass guitar and what should you pay attention to, at least:

Gain reduction is probably the meter you need to focus on the most at the beginning. Play the bass with the intensity you usually plan to. Dial the threshold so that your regular tones hit gain reduction somewhere between 6 and 8 dB. Ignore if slaps and other spikes are causing higher reduction, just focus on the usual level.

If you have set the threshold correctly, dial-in 4:1 ratio as some sort of middle ground. If the genre you’re about to play is more aggressive, dial towards 6:1 ratio, for jazz and some other mild music turn it down to 3:1 or maybe even 2.5:1 - these genres require subtle effects anyway.

This will require some practice to set it properly, but for the start, 100ms for attack and 25ms for release is more than a good headstart for most kinds of bass guitars. The best way to tell what exact attack you need is to turn it towards zero and once you notice your bass guitar is starting to sound more mellow, you should bring it back a couple of milliseconds as you’re affecting that initial impact strings are creating. In general, it is a simplified compressor, so all the settings and tips we have already mentioned are applied to this unit as well.

Here are some thoughts that may help you understand better what to expect from the compressor used on bass guitars:

Compressors can go wrong easily. It’s very easy to get carried away and substitute loudness for compression effect and think you’ve improved something. But, the overall output tone shouldn’t be too much louder than the original -  simply put it’s not what we expect from a compressor. It should make your tone different. So, unless your software or hardware has an Auto button, you should always check the signal before and after the compression was applied.

Listen to the Kick

Always dial in the settings thinking how you could accompany the kick sound the best. Your song will be grateful for having such a mindset.

A compressor is not a hideout for bad players and slackers, so do your homework.

If you’re in doubt if some settings are correct, always trust your ears. If it doesn’t sound pleasant or like something you’ve already heard it would be probably best if you revert those settings.

Software Compressors are Better than None

If you don’t have a budget it doesn’t mean you should ignore software. Modern VST effects are getting so good these days that it may easily turn out that some software compressor will be more than good enough for your needs. You may use it for practicing purposes, too - there are plenty of software emulations out there that share even the same layout as the hardware counterpart.

After all, always think about the gear you can afford yourself.

Regardless of the metal, you’re playing, there is one trait that seems to be true for all genres - lack of dynamic range. Everything is maxed, and loudness is your main goal. That’s why a compressor is going to be a very important effect for your bass to maintain the overall level constant. As a matter of fact, you could treat the compressor almost like a limiter. Other instruments may go up and down, but the kick drum and your bassline must keep up the structure.

We would advise you to go with very fast release and slow attack and a ratio around 6:1. Monitor the gain reduction and aim for the 6-8dB if you’re picking or even 12dB for fingerstyle playing and don’t be afraid to play it aggressively - getting those strings ringing sounds wonderful in the metal genre - it could be the only space left for your instrument in such a crowded mix.

How To Compress Sub Bass

Usually, sub-bass comes already pre-produced so you’re probably going to make a room in the rest of the mix for it. But in case you get it raw, ideally, you would set a slow attack and fast release. Tail ducking can create even more punch to the sub-bass.

The compression ratio should be somewhere around 3:1 ratio and as it can get really loud, watch out for any unwanted clipping. Even 2:1 can be fine. Just don’t forget to increase output gain so that the sound is back on the level before compression.

Here are some advanced tips on how to use a compressor on a bass guitar:

Listen to the Song Structure While Mixing

From time to time, you will have to listen to the bass guitar alone to define the minor tweaks, but in general, all effects should be reviewed in terms of how it works in the song context.

Bass guitar is usually one of the rare instruments that are going to cover the lower part of the mix. And it’s a very important task as bad low-end can wreck even the best song. With multiband compression, you can juice up the lower register of your instrument only while leaving the rest of the spectrum as natural as possible or apply a different amount of the compression to it.

Instead of doing a single compression with a big threshold, think about applying a technique called serial compression with using two or more compressors in series. This way you will get the same dynamics but with a more natural overall tone that may work better in your song.

Just like serial, parallel compression means including more than just one compressor to your bass guitar signal, but instead of stacking them one after another, you will put them directly to your initial tone. Just like different instruments generate a specific tone and have their perks, the same goes for different compressors and with parallel compression, you’re simply blending them to get the most from them.

Honestly, no matter what music genre you’re performing at, compressors seem to be a frequent need in modern music production so it’s worth learning about those settings. The best part is that once you learn it, you can apply it to any other instrument as well.

You would be surprised how many musicians are pretty much aware of term compression but still have serious trouble explaining to others what it does precisely. We’re going to resolve that issue and also cover some other questions that people usually ask about bass guitar compression:

What is Audio Compression?

Audio compression is an effect of turning down the loudest parts of your signal while turning quiet parts louder based on the applied settings. Once applied and compared with the original waveform, you may notice that the overall appearance looks “compressed” and the dynamic range is lowered in general.

A limiter is an audio tool used in the mastering process often used to increase the overall level or loudness of the track. It can be even considered as a compressor with ∞a :1 compression ratio. A compressor set at a 20:1 ratio or higher acts pretty much as a limiter.

When Should I Use My Bass Compressor Pedal?

Bass Compressor pedals should be used in case you’re performing live and there are a lot of dynamic ranges in your performance. For example, you’re doing slaps often while the rest is played with the fingers. Compressors help you to even out the dynamic differences and provide you with a much more consistent tone. What is Sidechain Compression?

This effect is very popular in modern music. It combines the use of two tracks so that one track input compresses the other track. Think of house music and how the kick and bass work creating that “pumping” effect. Every time the kick leads in, the bass is turned down to make room for it.

Can You Put a Compressor in the Effects Loop?

While it could work, it’s much better to put it in a signal chain and it’s one of the first devices in this chain. The only thing that should be put before is the effects that rely on the initial bass sound such as envelope filter.

How Do I Make My Bass Sound Deeper?

One of the most important parts of getting your sound deeper is to be aware of higher frequencies. By attenuating trebles you’re allowing yourself more volume to your bass signal without affecting the rest of the mix and therefore, creating a deeper bass sound.

How Many Compressions Should I Use on Bass Guitar?

There is no rule of the thumb about what is the right or wrong compression amount. Generally, it’s all based on the genre you’re playing, but even then it’s a matter of personal taste. As long as it doesn’t change the nature of your instrument you are “allowed” to use it as your setup. 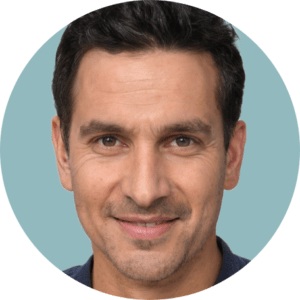